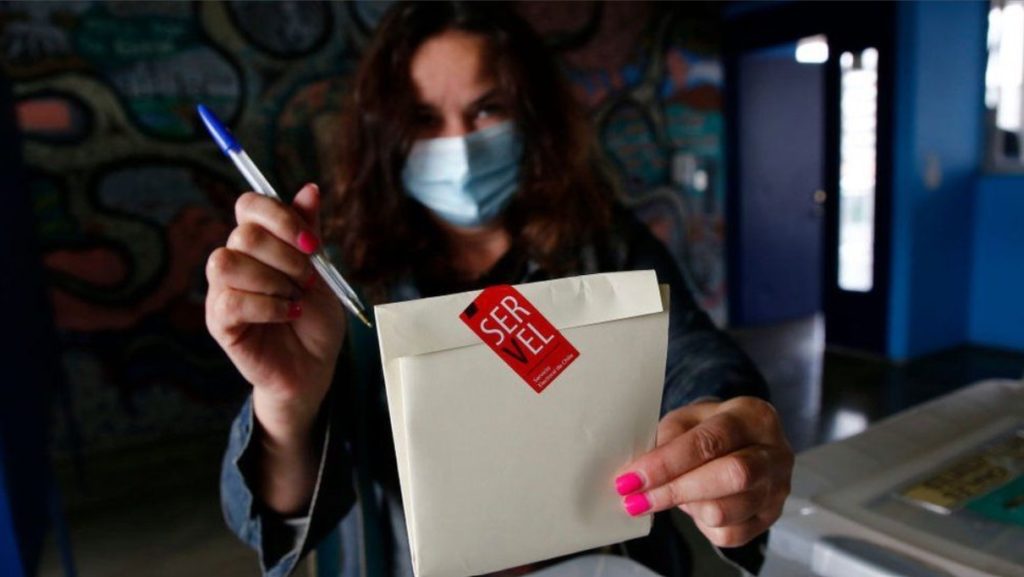 Chileans have elected their Constitutional Convention that is to come up with a draft new basic law in 12 months at the latest, getting rid of the Pinochetian one.

On May 15 and 16, 2021, after two postponements due to the COVID-19 pandemic, Chileans finally elected members of the Constitutional Convention tasked with designing a new constitution for the country – Latin America’s richest and one of the most unequal among advanced economies. The Convention is given nine months with a one-time three-month extension option to hammer out and approve, by a two-thirds supermajority, the draft new basic law. It will be subject to ratification by a plebiscite, in which voting will be compulsory. Until then, the 1980 constitution will remain in force.

Chile’s established political elite has been roundly rejected at the polls six months ahead of a pivotal presidential election, as the country turned to a progressive new generation to write the next chapter in its history.
The Guardian, “A new Chile”: political elite rejected in vote for constitutional assembly

The election, generally called “historic” in the media, implemented the results of a nationwide referendum held in the fall of 2020, when over three-thirds of its 7.5 million participants had voted for the rewriting of the current Constitution, which is broadly seen as a relic of Augusto Pinochet’s dictatorship era.

Seventy-one lists bearing the names of a total of 1,278 candidates had been submitted to Chile’s Electoral Service (Servel). Of these, 155 were elected to serve on the Constitutional Convention, including 138 delegated by the electorate at large and 17 – for the first time – by the country’s 10 official indigenous groups. The average age of the constitution-makers is 45 years.

The final tally dealt a severe blow to the followers of General Pinochet, many of whom make up the center-right and right-wing coalition Chile Vamos, backed by the current president, Sebastián Piñera, which won just 37 of the 155 seats for the Constitutional Convention. Chileans, especially the young, also rejected the traditional center-left parties as insufficiently responsive to people’s craving for a more egalitarian society and overly compromised with the status quo.
The New York Times, Progressives Won Chile’s Election. And They Won Big

A relative majority of the assembly (48 seats) was elected on the lists of independent candidates, who along with left (28) and center-left (25) members make up 101 seats or more than two-thirds of the Constitutional Convention necessary to approve any bill to be included in the final document. The right-wing government coalition, backed by the current president, Sebastián Piñera, won as few as 37 seats, i.e., well short of one-third required to exercise veto power.

Another feature that makes this assembly globally unique is its equal representation of men and women, which had been assured before the vote took place. It had been required that all lists were headed by a female candidate, with men and women alternating in equal numbers and gender equilibrium maintained at the district level. Women performed well, taking 51% of seats on the Constitutional Convention.

If drafting a new constitution is like building a new home, Chileans voted last October to demolish their current dwelling, and this weekend they overwhelmingly chose many people with no prior construction experience to design and build the new one. Though many Chileans are happy to leave behind the 1980 constitution adopted under military rule, they might be overestimating the benefits and underestimating the risks of a constitution-writing process … Because there is an extensive record of disappointing constitution writing processes in Latin America, Chileans might be in for a rude awakening when the new constitution turns out not to be the magic pill that ends persistent inequality and generates the conditions for a more sustainable, gender-equal, environmentally friendly and inclusive kind of economic growth.
Americas Quarterly, Chile’s Big Gamble Just Got Riskier

In November 2019, President Piñera yielded to demands to hold the referendum in the wake of month-long incessant violent protests all over Chile. Ironically, Chileans had taken to the streets a few days after the right-wing multimillionaire president had praised the country for its “stable democracy”, calling it an oasis of calm in turbulent Latin America. An increase in Santiago subway fare was the last drop that made the cup of the patience of Chileans, angry with entrenched inequalities, run over.

Among the overwhelming hopes and celebrations following the announcement of the election outcomes, there are skeptical voices, too. The victorious left-wing bloc is split into two coalitions: The old Concertación (comprised of centrist Christian Democrats and the leftist Socialist, Party for the Democracy and Radical parties) and the alternative left (comprised of the Communist Party and the Broad Front).

Fears are also expressed that the left-leaning Constitutional Convention will envisage such rights and guarantees that, if enforced, put significant pressure on the fiscal budget and will likely contribute to permanent fiscal deficits.

(Based on stories published by (alphabetically) Americas Quarterly, BBC, The Guardian, The New York Times, UNDP in Latin America and the Caribbean, and Wikipedia. Photo: Marcelo Hernandez/Getty)