Does it really matter how to adopt a constitution? A public discussion 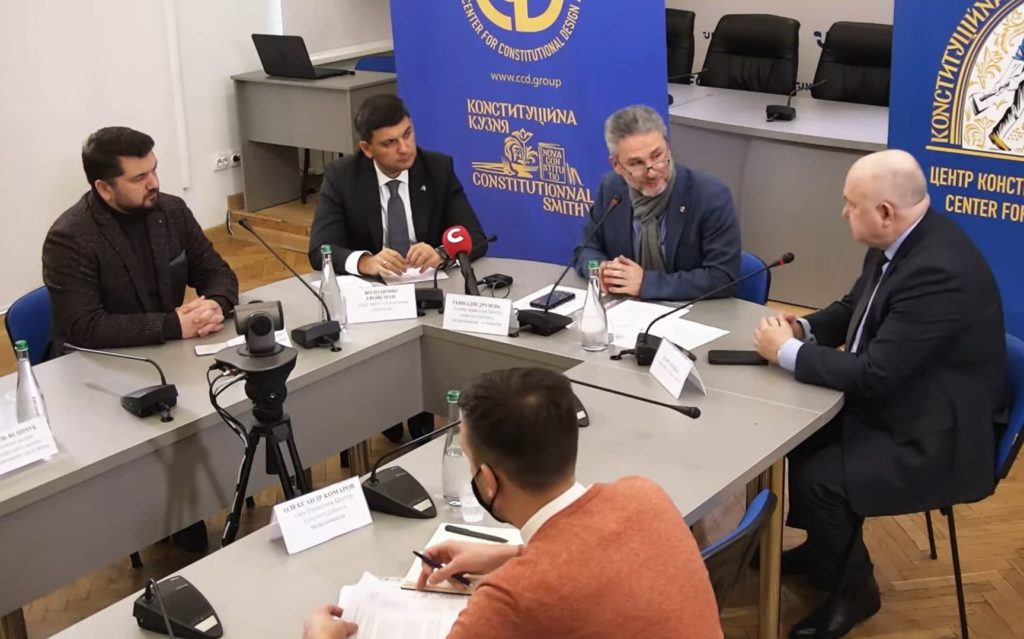 On Feb. 10, 2022, in UkrInform, a public discussion was held on “Does the Way of Adopting a Constitution Matter?” Ukrainian politicians and leading constitutional experts considered whether the way a constitution is adopted affects its effectiveness and viability. Why are Ukrainians ready to defend their state but not its Constitution? Is there any relation between the way the Ukrainian Basic Law was passed and the attitude of the political elites and ordinary persons towards the text?

The discussion, organized by the Center for Constitutional Design (CCD), was moderated by CCD Chairman of the Board Gennadiy Druzenko. Participants in the event also included Ihor Smeshko, leader of the Strength and Honor party, Oleksandr Komarov, CCD Board Member, Volodymyr Groysman, leader of the Ukrainian Strategy party, Vasyl Filipchuk, chief advisor at the International Center for Policy Studies, and Ruslan Rokhov, public policy expert, PRG managing partner. 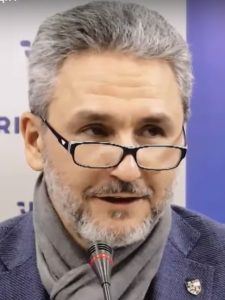 According to Gennadiy Druzenko, the Russian threat has actualized the issue of the Ukrainian constitutional architecture viability. He half-jokingly compared the current developments with the famous fairytale about The Three Little Pigs. He said Putin the Wolf is presently huffing and puffing at the institutional construction of the Ukrainian state, and there is no guarantee that it will stand like the brick house of Naf-Naf. Unfortunately, the Ukrainian state resembles the shacks of his improvident brothers that built their homes of straw and sticks.

The CCD chief also pointed out that any crisis is a chance for renewal and mentioned the example of how the French Fifth Republic came into being. In 1958, Charles de Gaulle had enough wisdom to look for a way out of the Algerian Crisis, which fevered both the state and the society of France, neither in replacing the government or the ruling coalition nor in snap elections but the radical transformation of the Republic’s constitutional architecture.

Druzenko said the popularity of having constitutions approved through referendums in the world have rocketed since the 1950s. The adoption in parliament, however, is not any deviation either. “Something else is the problem: when a constitution – the basic law, the game’s framework rule – is adopted by a body that doesn’t enjoy the people’s trust,” Druzenko emphasized. He showed a chart demonstrating that in 1996, when parliament adopted the current Constitution of Ukraine, the balance of the people’s trust/distrust in Verkhovna Rada was minus 22 percent.

Speaking of how the process of discussing the future basic law could be organized, the CCD chief noted, “On the one hand, it should be maximally inclusive or participative – that is, the more people and social strata are involved, the more legitimate will be the constitution… On the other hand, any constitution is always a difficult compromise. It does not imply ideal academic work but a balance of interests of groups, each having its own egoism, a wish to receive a bigger slice of the pie. And of course, these compromises are usually better achieved behind closed doors. 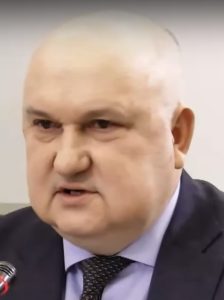 According to Ihor Smeshko, the number one issue is not the quality of the current constitution but its observation. “Obviously, our constitution has certain drawbacks. But even the leading Western experts, the Venice Commission, assess it in principle as one of Europe’s best today”, said the former Security Service of Ukraine chief. He sees a problem in that a constitution cannot prescribe “parameters of the tactical and operative order, speaking in military language, but prescribes the strategic things.” And then, he says, the constitutional provisions should evolve into laws and regulations forming a legal framework in which non-compliance with the constitution would entail criminal liability.

He also pointed at the “bomb” laid down in the Constitution of Ukraine: “Here, nobody is able to say who is the head of the executive branch – the president or the prime minister? There should be only one.” 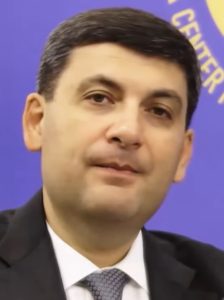 The former prime minister of Ukraine, Volodymyr Groysman, noted that talks about a new constitution should begin with respect for the current one, stressing that “this is the main thing that should be the basis for a further discussion on the redesign and renewal and the correction of the drawbacks we’ve seen.”

“A bad system will produce very bad decisions. Even more so, when there is overlapping of functions or intersection of powers, this will eventually lead to usurpation of power by one of the branches… Certainly, the three branches of power must be absolutely independent, but there should be a system of checks and balances in place,” Groysman said.

As to a way of adopting a constitution, Groysman highlighted two key criteria: legitimacy and inclusiveness. “There is a question as to how to organize an inclusive process, and I think an answer could be found. But on the other hand, it’s clear that parliament should play one of the key roles in terms of legitimization,” he said. 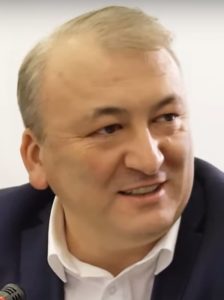 Vasyl Filipchuk suggested that the need for a new constitution arises immediately after a big social explosion like a war, an internal conflict, etc. According to him, the “window of opportunity” for carrying out an inclusive constitutional reform was open just after the Revolution of Dignity, while today this issue is somewhat premature, although we need to speak of that. “After every social crisis, we’re kind of rediscovering our country, reinventing bicycles, and not looking at how others have settled similar crises in their countries,” the expert also said.

On the matter of how a basic law should be adopted, Filipchuk said, “If a constitution is adopted by a group of people without public trust, if a constitution has not undergone a process of digestion… when people understand what the discussion is about and express their thoughts and expectations… – without that, there is no feeling that the constitution is yours.” 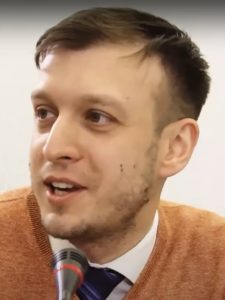 Oleksandr Komarov provided a more detailed theoretical analysis of whether the way of adopting a constitution matters. “If we have to decide whether something matters, we need to understand what it is for,” he argued.

Komarov suggested some assessment criteria, including the text quality, the legitimacy of the constitution-making process and the constitution itself, and whether it becomes a society-uniting document. If the matter is the “output legitimacy,” then the process should be inclusive. “At the first glance, the answer seems to be very simple: the more people you hear, the more interests you will take into account and the more inclusive the process will be. But the key question is: where is the limit up to which you should listen to people and receive the input from them?” he said, referring to the example of Brasilia, where over 60,000 proposals were received in the constitution-making process in the 1980s. 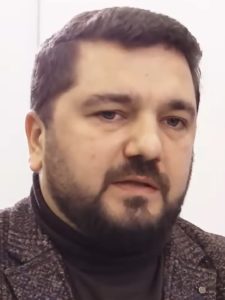 Ruslan Rokhov approached the issue from more a practical side – how to “sell” the idea of making a new constitution to the people at large – suggesting that we should start from the question “why”: “When citizens understand why they need it, then, in fact, you can start selling.”

“One of the conclusions in the study that Gennadiy Druzenko has presented here is that the worst model is when there is a popularly elected president and a government as the executive branch elected by parliament. That is, the president who is as if outside the three branches of power but, at the same time, has the highest political legitimacy and is always hungry for a decisive impact on processes not only within the executive but in the other branches as well… This means that we need to resolve the problem of this dualism, this dichotomy – the competition between the de facto power, which is the president, and the de jure power, which is the prime minister,” Rokhov emphasized.

Especially for today’s discussion, the Center for Constitutional Design translated a study by American scholars Tom Ginsburg, Zachary Elkins, and Justin Blount, “Does the Process of Constitution-Making Matter?”

This event is the second in the series of public constitutional discussions initiated by CCD. The first discussion, held on Dec. 1, 2021, focused on the issue “Is It Time for a Constitutional Convention in Ukraine?”