Will the press in the United States remain as defamation-tight as it has been for nearly 60 years? 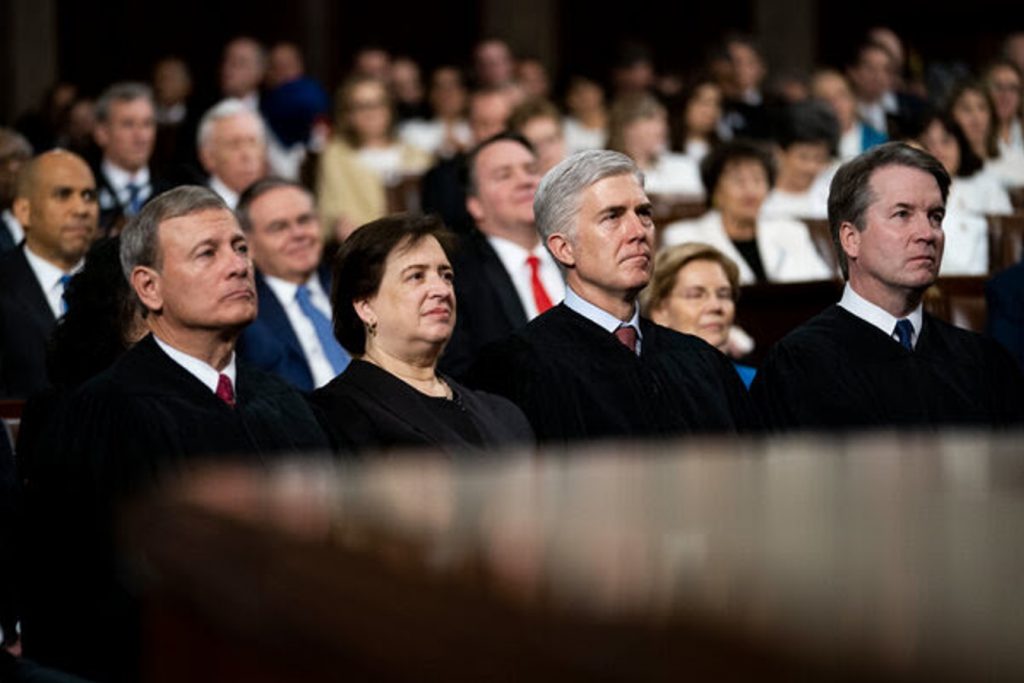 Voices among the judiciary get stronger for overturning the “actual malice” standard set up by the Supreme Court precedent in New York Times v. Sullivan in 1964.

In its morning newsletter on Aug. 18, 2021, The New York Times published a story assuming that the Supreme Court may reconsider a major case concerning freedom of the press. The story quotes the dissenting opinion written by Justice Neil M. Gorsuch in July 2021 in the Shkelzёn Berisha v. Guy Lawson, et al. case, in which the plaintiff’s petition for writ of certiorari to the U.S. Court of Appeals was denied. “What started in 1964 with a decision to tolerate the occasional falsehood to ensure robust reporting by a comparative handful of print and broadcast outlets,” the quotation reads, “has evolved into an ironclad subsidy for the publication of falsehoods by means and on a scale previously unimaginable.”

On July 2, 2021, the U.S. Supreme Court declined to take up an appeal by Shkelzën Berisha, the son of Albania’s ex-President and ex-Prime Minister Sali Berisha, concerning his defamation lawsuit over corruption allegations against him made in a 2015 book by author Guy Lawson called “War Dogs: The True Story of How Three Stoners From Miami Beach Became the Most Unlikely Gunrunners in History” (originally “Arms and the Dudes”), which contained scenes that identified him as the central figure in an Albanian arm-dealing scandal.

The book was turned into a 2016 Hollywood film starring Jonah Hill and Miles Teller. It alleged that Berisha was involved in a scheme to sell Chinese weapons from Albania to the U.S. Military for the latter to use in the Afghanistan War.

Berisha sued Lawson, publisher Simon & Schuster, and several other defendants in 2017 to force them to remove allegedly defamatory statements in the book.

A lower court ruled in favor of Lawson et al. because it determined Berisha was unable to show that allegations of his involvement in an arms-dealing scandal were made with “actual malice.”

The three real “Miami stoners” were eventually convicted in the United States on federal fraud charges.

In 2020, the Atlanta-based 11th U.S. Circuit Court of Appeals tossed the lawsuit. The 11th Circuit found that Berisha could not overcome the U.S. Constitution’s First Amendment free speech protections for defendants accused of defamation by public officials or figures as recognized in a line of Supreme Court precedents dating back to New York Times v. Sullivan.

In his appeal to the Supreme Court, Berisha said those precedents should be overturned to limit the actual malice standard to public officials only.

On May 19, 2021, U.S. Secretary of State Antony J. Blinken announced that the United States sanctioned Sali Berisha for alleged “significant corruption” and barred him and his wife and children from entering the U.S. “In addition to Berisha, I am publicly designating his spouse, Liri Berisha, his son, Shkelzën Berisha, and his daughter, Argita Berisha Malltezi. These individuals are ineligible to travel to the United States,” Blinken said.

Based on stories in Reuters, Exit News, and Associated Press as well as a press statement on the U.S. Department of State website.

The Times mentions that four years ago, at his Supreme Court confirmation hearings, Gorsuch indicated that the 1964 precedent protecting press freedom was secure. But in his 2021 eight-page dissenting opinion, he, inter alia, points out:

“Since 1964, however, our Nation’s media landscape has shifted in ways few could have foreseen. Back then, building printing presses and amassing newspaper distribution networks demanded significant investment and expertise. Broadcasting required licenses for limited airwaves and access to highly specialized equipment. Comparatively large companies dominated the press, often employing legions of investigative reporters, editors, and fact-checkers. […] And thanks to revolutions in technology, today virtually anyone in this country can publish virtually anything for immediate consumption virtually anywhere in the world.

“The effect of these technological changes on our Nation’s media may be hard to overstate. Large numbers of newspapers and periodicals have failed. Network news has lost most of its viewers. With their fall has come the rise of 24-hour cable news and online media platforms that “monetize anything that garners clicks.” No doubt, this new media world has many virtues – not least the access it affords those who seek information about and the opportunity to debate public affairs. At the same time, some reports suggest that our new media environment also facilitates the spread of disinformation. A study of one social network reportedly found that “falsehood and rumor dominated truth by every metric, reaching more people, penetrating deeper . . . and doing so more quickly than accurate statements.” All of which means that “the distribution of disinformation” – which “costs almost nothing to generate” – has become a “profitable” business while “the economic model that supported reporters, fact-checking, and editorial oversight” has “deeply eroded.”

The Sullivan case goes back to the Civil Rights movement of the mid-20th century. According to Justia’s U.S. Supreme Court Center, The New York Times published a full-page ad for contributing donations to defend Martin Luther King, Jr. on perjury charges. The ad contained several minor factual inaccuracies, such as the number of times that King had been arrested and actions taken by the Montgomery, Alabama, police. The city Public Safety commissioner, L.B. Sullivan, felt that the criticism of his subordinates reflected on him, even though he was not mentioned in the ad. Sullivan sent a written request to the Times to publicly retract the information, as required for a public figure to seek punitive damages in a libel action under Alabama law. When the Times refused, Sullivan filed his libel action against the Times and a group of African-American ministers mentioned in the ad. A jury in state court awarded him $500,000 in damages.

However, the Supreme Court held that a State cannot, under the First and Fourteenth Amendments, award damages to a public official for defamatory falsehood relating to his official conduct unless he proves “actual malice” – that the statement was made with knowledge of its falsity or with reckless disregard of whether it was true or false.

The recent Times story agrees that the Sullivan decision “imposed a daunting standard, one that favors free speech over protecting reputation.” Initially limited to public officials, it was extended by later decisions to “public figures” — celebrities and people caught up in public controversies — requiring them to make the same showing.

The story says Gorsuch is not alone in calling for reconsideration of the decision. It quotes Justice Elena Kagan as naming the extensions “questionable.” “In extending Sullivan, the court increasingly lost contact with the case’s premises and principles,” she wrote in a 1993 book review when she was a law professor at the University of Chicago.

According to the story, Justice Clarence Thomas has repeatedly called for the Supreme Court to reconsider Sullivan and rulings extending it, saying they were “policy-driven decisions masquerading as constitutional law.” However, overturning Sullivan would be a heavy lift, as Judge Laurence H. Silberman of the U.S. Court of Appeals for the District of Columbia Circuit said in March 2021 in a partially dissenting opinion. “After observing my colleagues’ efforts to stretch the actual malice rule like a rubber band, I am prompted to urge the overruling of New York Times v. Sullivan […] Nevertheless, I recognize how difficult it will be to persuade the Supreme Court to overrule such a ‘landmark’ decision. After all, doing so would incur the wrath of press and media,” he wrote.
Photo: Neil Gorsuch, second from right, with Chief Justice John Roberts, left, Elena Kagan, and Brett Kavanaugh, right. Doug Mills/The New York Times.