Right to abortion: Will the U.S. Supreme Court junk its landmark precedents? 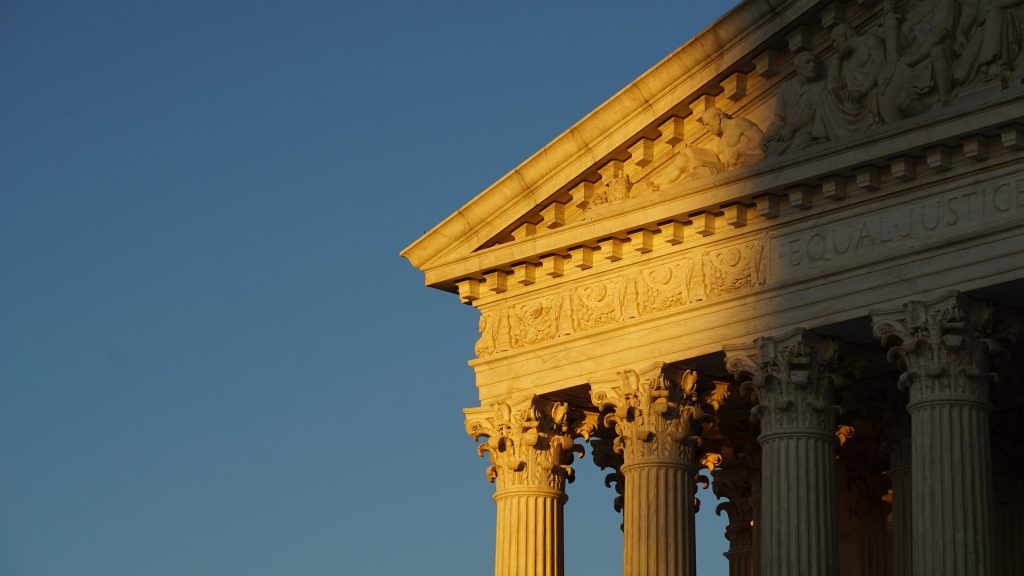 The State of Mississippi asks the U.S. Supreme Court to overrule its landmark decisions in which it held that the right of a woman to have an abortion was protected by the U.S. Constitution.

On July 22, 2021, Mississippi Attorney General Lynn Fitch filed with the U.S. Supreme Court the main brief in case No. 19-1392. Its full name is Thomas E. Dobbs, State Health Officer of the Mississippi Department of Health, et al., Petitioners v. Jackson Women’s Health Organization, et al. and it was docketed on June 18, 2020. The Supreme Court is petitioned to issue a writ of certiorari to the U.S. Court of Appeals for the Fifth Circuit concerning the state’s abortion law that was challenged by the Jackson Women’s Health Organization and then enjoined by the district court and the Fifth Circuit.

In the brief, the petitioners present a question, “Whether all pre-viability prohibitions on elective abortions are unconstitutional,” and provide the following answer:

On a sound understanding of the Constitution, the answer to the question presented in this case is clear and the path to that answer is straight. Under the Constitution, may a State prohibit elective abortions before viability? Yes. Why? Because nothing in constitutional text, structure, history, or tradition supports a right to abortion. A prohibition on elective abortions is therefore constitutional if it satisfies the rational-basis review that applies to all laws.

In Roe v. Wade, a pregnant single woman (Roe) brought a class action challenging the constitutionality of the Texas criminal abortion laws, which proscribed “procuring or attempting an abortion except on medical advice for the purpose of saving the mother’s life.” The district court declared the abortion statutes void as “vague and overbroadly infringing those plaintiffs’ Ninth and Fourteenth Amendment rights.”The U.S. Supreme Court held that state criminal abortion laws like those, which “except from criminality only a life-saving procedure on the mother’s behalf without regard to the stage of her pregnancy and other interests involved violate the Due Process Clause of the Fourteenth Amendment, which protects against state action the right to privacy, including a woman’s qualified right to terminate her pregnancy.”

At the same time, the Court conceded that “though the State cannot override that right, it has legitimate interests in protecting both the pregnant woman’s health and the potentiality of human life…,” a fact highlighted in the Dobbs brief.

The Court also ruled that for the pregnancy stage “prior to approximately the end of the first trimester” (i.e., 12 weeks), the abortion decision “must be left to the medical judgment of the pregnant woman’s attending physician.” For the next stage, “the State, in promoting its interest in the health of the mother, may, if it chooses, regulate the abortion procedure in ways that are reasonably related to maternal health.” And for the stage subsequent to viability, “the State, in promoting its interest in the potentiality of human life, may, if it chooses, regulate, and even proscribe, abortion except where necessary, in appropriate medical judgment, for the preservation of the life or health of the mother.”

In Planned Parenthood of Southeastern Pennsylvania v. Casey, at issue were five provisions of the Pennsylvania Abortion Control Act of 1982: (1) doctors were required to inform women considering abortion about its potential negative impacts on their health; (2) women were required to give notice to husbands before obtaining an abortion; (3) children were required to get consent from a parent or guardian; (4) a 24-hour waiting period was required between deciding to have an abortion and undergoing the procedure; and (5) reporting requirements were imposed on facilities offering abortions.

The District Court held all the provisions unconstitutional and permanently enjoined their enforcement. The Court of Appeals upheld all of the provisions except the one requiring women to give notice to their husbands.

According to the summary on Justia, “this challenge to the right of abortion provided by Roe v. Wade and based on the Fourteenth Amendment was viewed as an opportunity for a more conservative Court to overturn Roe. New Justices David Souter and Clarence Thomas had been appointed by Republican President George H.W. Bush and thus were considered to be less liberal than recently retired Democratic appointees William Brennan and Thurgood Marshall. With eight Republican appointees and only two Justices who previously had shown support for Roe, the odds were stacked against pro-choice advocates at the outset.” Nevertheless, the Court held that “a person retains the right to have an abortion, established by Roe v. Wade, but the state’s compelling interest in protecting the life of an unborn child means that it can ban an abortion of a viable fetus under any circumstances except when the health of the mother is at risk.”

The brief also calls Roe and Casey “profoundly unprincipled decisions that have damaged the democratic process, poisoned our national discourse, plagued the law, and harmed the perception of this Court.”

In 2018, the Mississippi legislature passed a bill, known as The Gestational Age Act, that prohibits abortion after 15 weeks’ gestation, with exceptions for medical emergency or severe fetal abnormality. “The United States is one of only seven nations in the world that permits nontherapeutic or elective abortion-on-demand after the twentieth week of gestation. In fact, fully 75% of all nations do not permit abortion after twelve weeks’ gestation, except (in most instances) to save the life and to preserve the physical health of the mother,” the bill states.

“At twelve weeks’ gestation, an unborn human being can open and close his or her fingers, starts to make sucking motions, and senses stimulation from the world outside the womb. Importantly, he or she has taken on ‘the human form’ in all relevant aspects,” the bill also said. 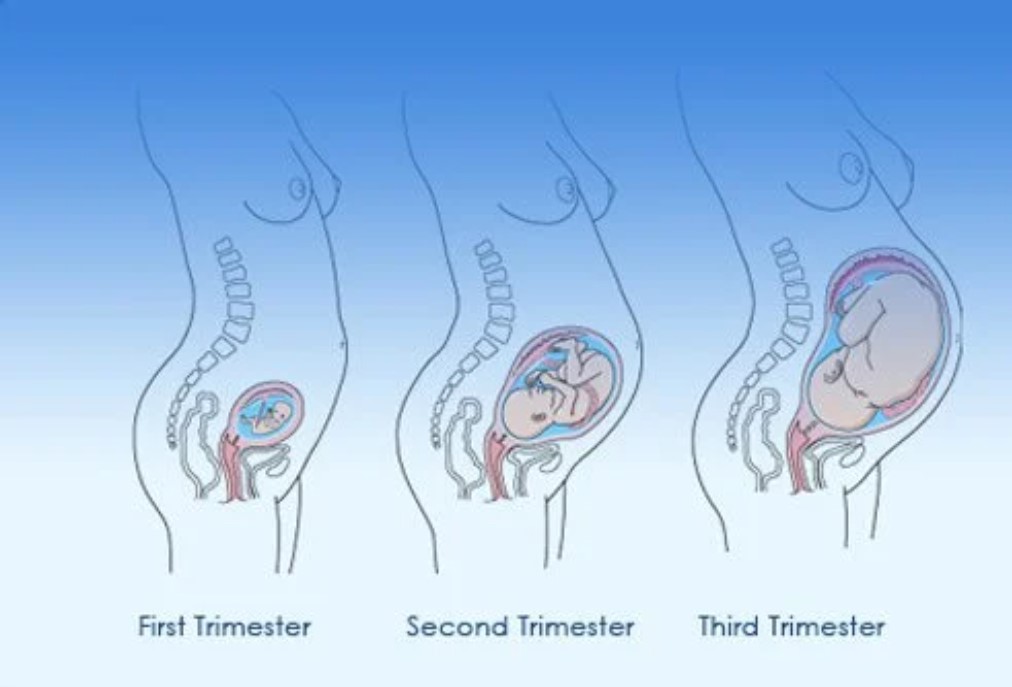 The Jackson Women’s Health Organization, the only abortion clinic in the state, which provided abortions up to 16 weeks’ gestation, filed a lawsuit challenging the Act’s legality. The district court issued a temporary restraining order blocking the Act and then permanently enjoined it. “The court reasoned: Supreme Court precedent establishes that ‘States may not ban abortions prior to viability,’” the brief reads.

The Fifth Circuit affirmed, according to the brief, and explained that under Casey “no state interest can justify a pre-viability abortion ban,” that 15 weeks’ gestation is before viability, and that by prohibiting abortion after 15 weeks’ gestation the Act “undisputedly prevents the abortions of some non-viable fetuses.”

However, “after months of hemming and hawing,” as Slate puts it, the Supreme Court announced that it would hear the state’s appeal of the case, raising the possibility it could choose to uphold the pre-viability abortion restrictions that have been ruled unconstitutional as placing an undue burden on women seeking an abortion. In announcing its decision, the court stated explicitly it was out to reassess “whether all pre-viability prohibitions on elective abortions are unconstitutional,” according to the story in Slate.

The Washington Post quotes Nancy Northup, president and CEO of the Center for Reproductive Rights, which represents the Jackson organization, as saying that Mississippi was employing an “extreme and regressive strategy” with a goal of outlawing abortion not just in the state, but also across the country. “If Roe falls, half the states in the country are poised to ban abortion entirely,” Northup said in a statement. “Women of child-bearing age in the U.S. have never known a world in which they don’t have this basic right, and we will keep fighting to make sure they never will.”

The Center for Reproductive Rights’ brief is due at the Supreme Court in September.

The Supreme Court is likely to hear arguments in November or December and rule on the case next year, according to media estimates.

The photo above by Ian Hutchinson on Unsplash