The legal war between the EU and Poland goes on 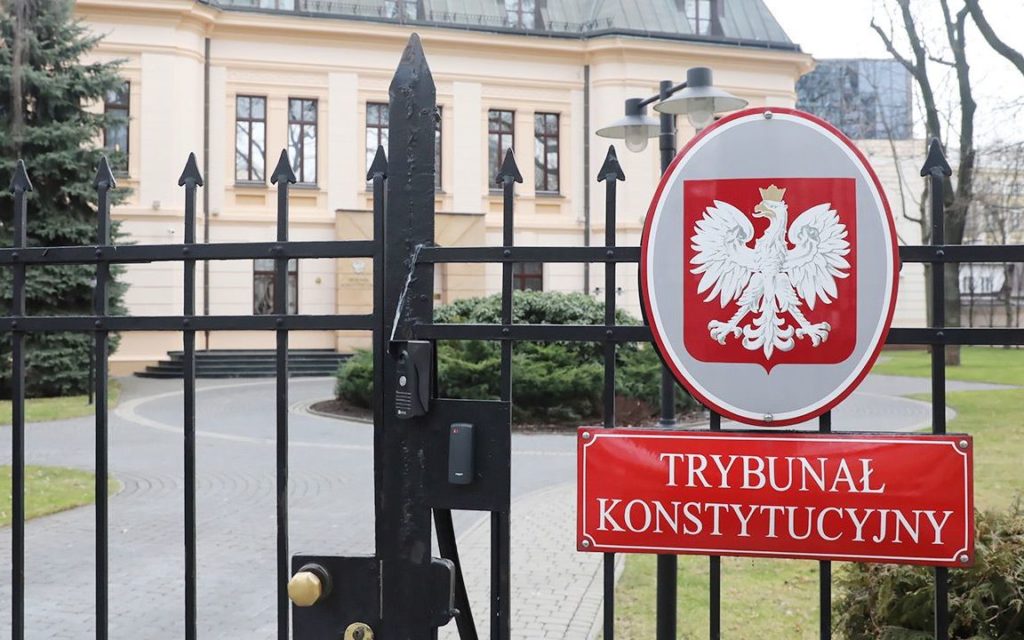 Late last month, Poland’s Constitutional Tribunal sparked off a new scandal with its Nov. 24 ruling to the effect that the European Court of Human Rights was not entitled to question whether the appointment of judges in the Republic of Poland complied with the European Convention on Human Rights.

EUROPEAN CONVENTION ON HUMAN RIGHTS
Article 6
Right to a fair trial
1. In the determination of his civil rights and obligations or of any criminal charge against him, everyone is entitled to a fair and public hearing within a reasonable time by an independent and impartial tribunal established by law. Judgment shall be pronounced publicly but the press and public may be excluded from all or part of the trial in the interests of morals, public order or national security in a democratic society, where the interests of juveniles or the protection of the private life of the parties so require, or to the extent strictly necessary in the opinion of the court in special circumstances where publicity would prejudice the interests of justice.

Upon completion of the hearing, Julia Przyłębska, Presiding Judge of the Tribunal, said “Article 6 of the [European] Convention [on Human Rights]…, insofar as the term ‘tribunal’, used in that provision, comprises the Constitutional Tribunal, is inconsistent [with the Constitution of Poland].”

As a matter of fact, this comment summarizes the legal position of the Constitutional Tribunal, which holds that Poland’s only constitutional jurisdiction agency does not fall under the definition of “tribunal established by law” within the meaning of the Convention’s Article 6. The ruling in the case was approved by the CT unanimously.

Przyłębska also added that judging the lawfulness of appointing constitutional court judges in Poland by any other court is unconstitutional. And the CT judges themselves have made it clear with their decision that Poland’s constitutional supervisory body is the court that controls the hierarchy of laws but does not adjudicate on human rights cases.

The CT ruling was a response to the judgment of the European Court of Human Rights in early May this year in the case of Xero Flor w Polsce sp. z o.o. v. Poland, in which the ECHR concluded that the Polish company had been denied its due process right because of the illegitimate appointment of one of CT judges (the judge “M.M.” is Mariusz Muszyński). He is the very judge who was on the CT Collegium that recognized the complaint of Xero Flor, which appealed against the constitutionality of a certain ministerial ordinance, as unacceptable.

The court in Strasbourg deems that Muszyński’s position as a judge of the Constitutional Tribunal of Poland is inconsistent with the Convention because the Sejm appointed him when the CT had no vacancy and that position was still held by a person elected by the previous Sejm. Besides Mariusz Muszyński, the Sejm dominated by the Law and Justice party (PiS) also elected two more persons as CT judges in absence of vacancies.

The ECHR decision undermines the entire jurisprudence of Poland’s Constitutional Tribunal over the last six years. Interestingly, it is just this very decision that the Constitutional Court of Ukraine referred to in its ruling of Nov. 30, 2021, refusing to swear in as CSU judges the persons whom the President of Ukraine had appointed by his Decrees #596/202 and #596/2021 dated Nov. 26, 2021.

Moreover, the ECHR judgment in the Xero Flor case has created a precedent that might be applicable in other cases related to violation of the rule-of-law principle in appointing “ministers of Themis.” There are about 30 such cases on the table – concerning the judicial reform in Poland only – all of which are considered priority cases by Strasbourg judges.

Based on stories in (alphabetically) Impakter, Reuters, Reuters, Strasbourg Observers as well as the Constitution of the Republic of Poland and ECHR Judgement of May 7, 2021)