Experts, politicians discuss launching an inclusive process for the future constitutional redesign of the Ukrainian state 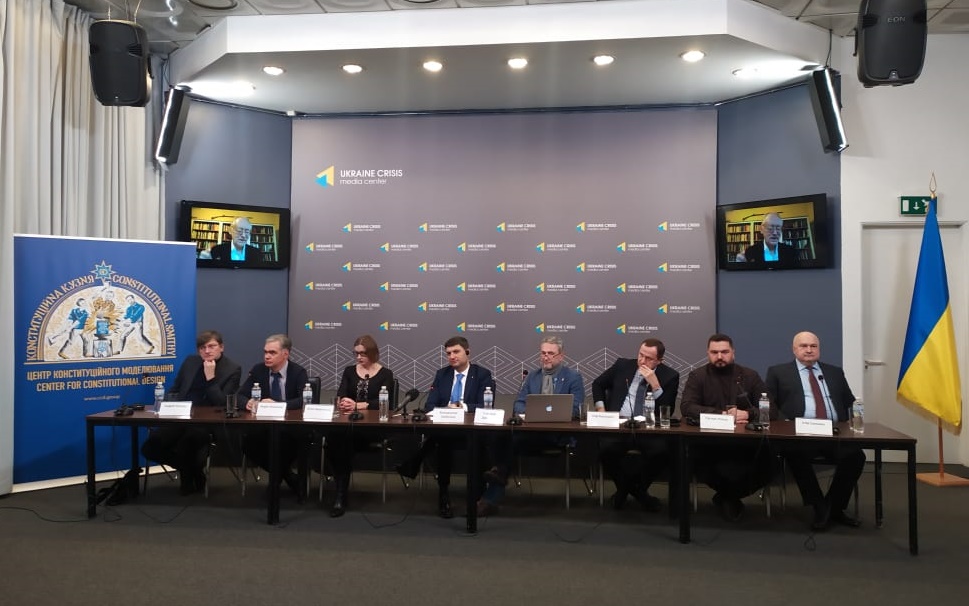 On Dec. 1, the Ukraine Crisis Media Center hosted a public discussion on “Is It Time for a Constitutional Convention in Ukraine?” organized by the Center for Constitutional Design (CCD).

Following the discussion, the CCD Board adopted a statement, of which text is provided below:

we are convinced that

Taking into account the above problems, we have decided: