ACTUAL INDEPENDENCE DAY OF UKRAINE. Statement of the Center for Constitutional Design 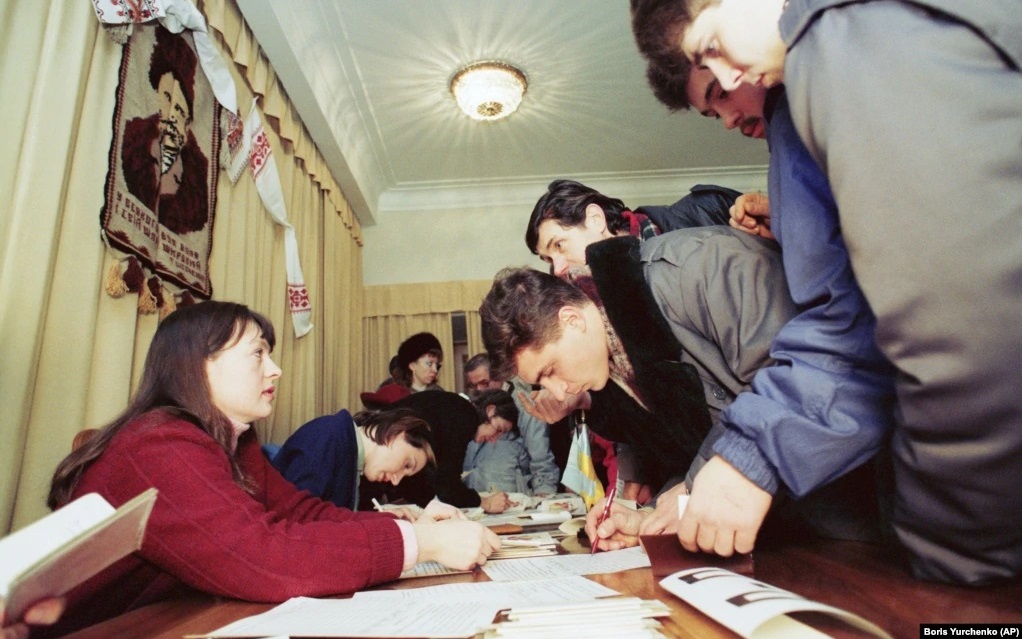 On Dec. 1, the 30th anniversary of the nationwide referendum on declaring Ukraine’s independence, we will celebrate the actual day of our statehood’s rebirth. We are sure that present Ukraine was actually born just on the first day of December. And therefore, it is our actual Independence Day.

The date on which we celebrate our Independence Day might seem a side issue only at the first glance. As it is, however, it implies a symbolically coded fundamental alternative of any polity: who is the real sovereign – the elites or the people?

A decision of such importance as that of declaring independence may be taken only by a sovereign. Indeed, there was a reason for Americans to call the signatories to the U.S. Declaration of Independence the Founding Fathers. It was later that the famous words “We the People of the United States” appeared in the U.S. Constitution, thereby symbolizing that the state conceived by the Founding Fathers was actually born only when the specially called conventions of former colonies ratified the basic frameworks of the American polity.

If we are to believe that Ukraine’s “founding fathers” were the 346 members of the Supreme Council of the Ukrainian Soviet Socialist Republic who, on Aug. 24, 1991, voted for the Act on Declaration of Independence of Ukraine and that the emergence of the independent Ukrainian state was provoked by the failed coup in Moscow – then everything is OK with the date for celebrating the Independence Day. But if Ukrainians believe that the revival of the Ukrainian statehood resulted from the popular will expressed when over three-quarters of the Ukrainian population (90.32% of those 84.18% participating in the referendum voted “for”) called into existence independent Ukraine – then we have to celebrate the birthday of the modern Ukrainian state just on Dec. 1!

Uncertainty about the sovereign and thus the main beneficiary of the Ukrainian state has become our real curse. The Constitution of Ukraine asserts: “The bearer of sovereignty and only source of power in Ukraine is the people” that only has the “right to define and alter the constitutional order.” However, the Ukrainian people had no chance to express their attitude toward the basic law (and any amendments to it) that, in idea, should have formalized a social contract between members of the Ukrainian polity and a rectoral contract on governance between the society and the government. This means that the parliament has “usurped” from the Ukrainian people the “right to define and alter the constitutional order.” Any other interpretation of Art. 5 of the Constitution of Ukraine would pose quite a problem.

We are far from believing that Ukraine is ready for a Swiss-style direct democracy where several nationwide referendums are held annually. But the state that was born as a result of the popular will and whose independence was recognized only based on the outcome of this popular will, which took place 30 years ago, must not only finally admit that it is the Ukrainian people who are the sovereign of Ukraine but also come to logical conclusions from this admittance.

The first such conclusion would be moving celebration of the Independence Day to Dec. 1. This is to engrave at the symbolic level: independent Ukraine was created not by elites, not by Ukrainian parliament but by the People of Ukraine. The people who are the actual sovereign and set to become the main beneficiary of the reborn Ukrainian statehood.